Today I decided to enjoy the fine weather and do some further outdoor tests with the LDF4-50 MagLoop. I constructed this loop last year. Up until now this loop hasn’t really been used, all my MagLoop experiments have been done using a slightly larger LDF5-50 MagLoop.

I remembered that I had a telescopic pole with a tripod base somewhere in the garage. This was used several years back to support a single 2m yagi for my initial EME tests. With a sufficient length of plastic tubing this would support the MagLoop nicely and be easily transportable.

I set the loop up so that the tuning capacitor was just within my reach, so I guess the top of the loop was just over 2 metres above ground. For these tests I was also using the coupling loop fixed in a slightly different position.

All the measurements were done using my VNArduino network analyser. The MagLoop was connected directly to the analyser with approximately 15 metres of coax, and the same coupling loop / position used on all bands. 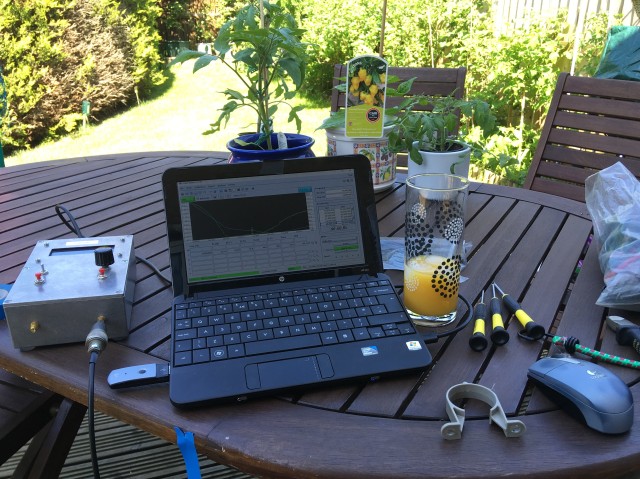 and the MagLoop plus a close-up of the coupling loop: 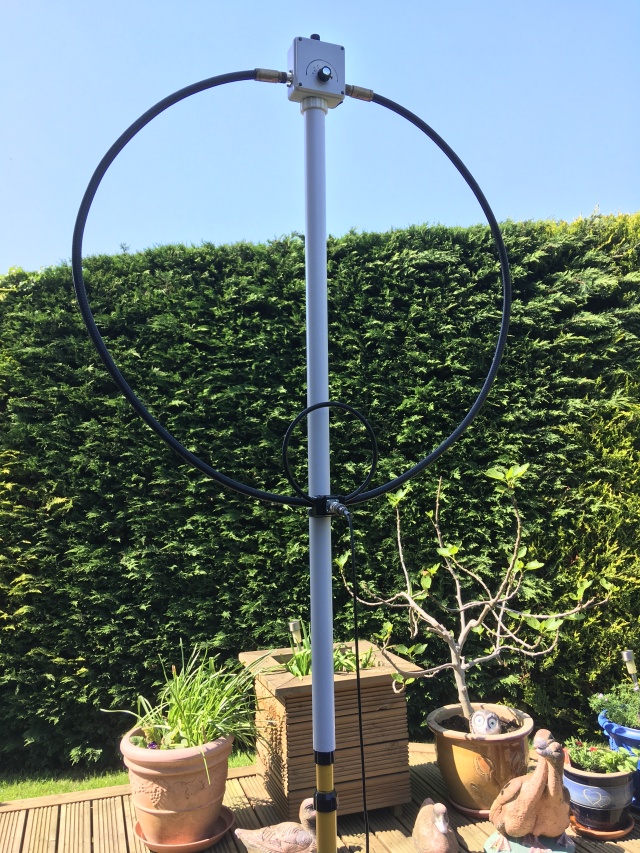 I plan to use the MagLoop out portable, and when at home, tuned to 28MHz for QRSS. It covers 14MHz to 30MHz. The coupling loop seems to work well and I’m pleased with these results.  I think it should work well on 28MHz.

Here are the VNA measurements for each band: 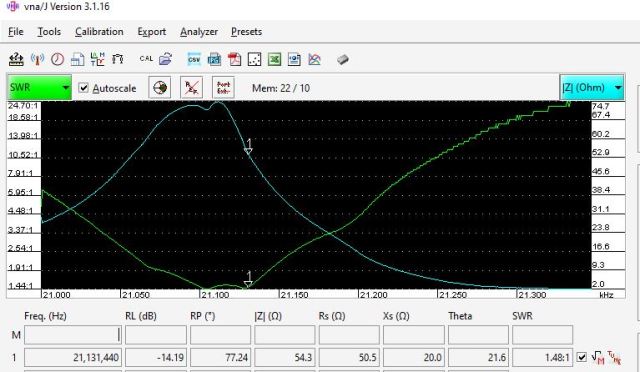 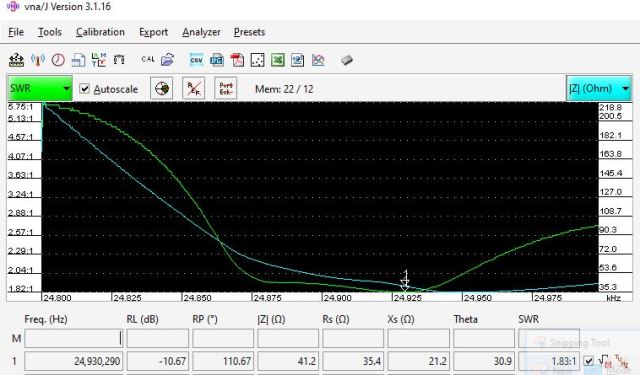 The next step is to waterproof the coupling loop and tuning box.

WARNING:  Because of the very high Q, some capacitors can arc over at power levels as low as 10 watts. Remember also that even with only a few watts of RF power, magnetic loop antennas produce very high voltages across the capacitor(s) and can cause nasty RF burns if touched while transmitting.